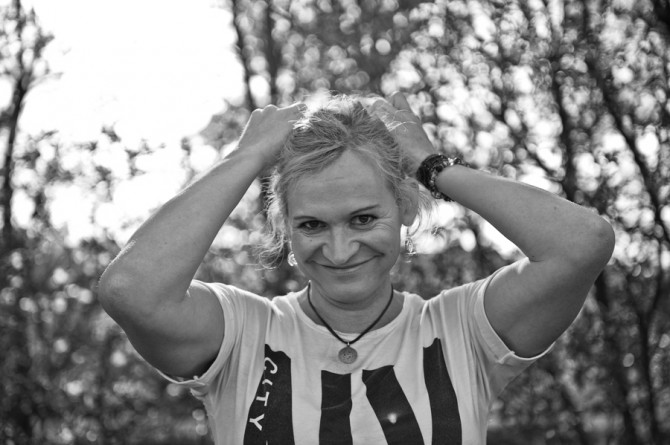 Shortly after Marie and I started our project ‘Max is Marie’, I travelled to the first meeting. I was excited. How would it be, the first photo session after Marie for our project? What would Michelle be willing to tell me? Michelle, born in 1968. Just like me.

On a weekend in May, I visit her at the Baltic Sea, where she often spends time off in her camper. She has always been happy to come here. Even many years ago, when she wasn’t called Michelle yet, was married and the father of three children.

On the way to the camping site, she approaches me, a glow in the eyes I have rarely seen in a person. ‘I’ve had this brightness in me since I became Michelle.’ And there generally has been a lot of light in her life ever since she was allowed to live as the person she was meant to be.

We have a really great conversation. We sit in her camper along with her friend Kristin, who is spending the weekend with her at the Baltic Sea.

The day before they both had a premiere: for the first time since their outing they wore bikinis at a swimming pool. 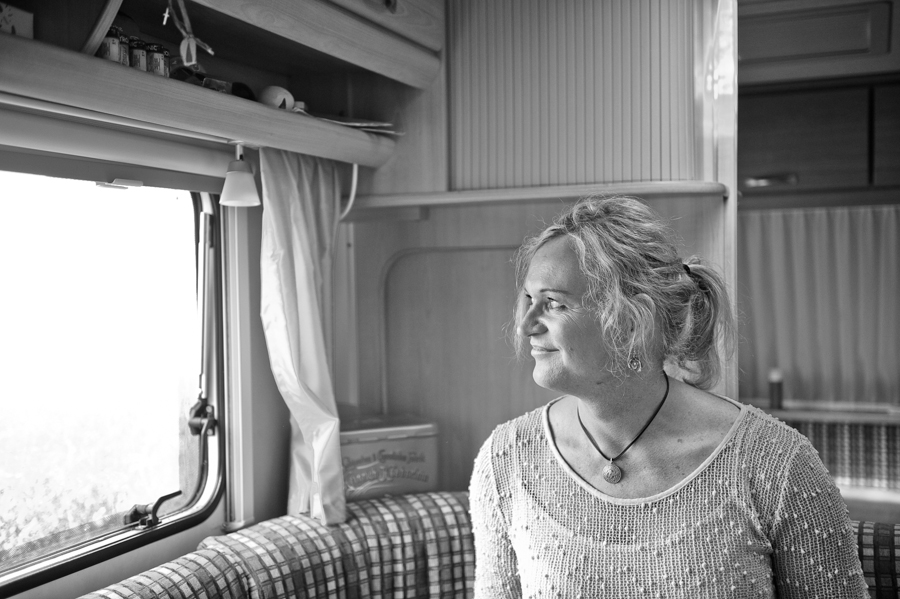 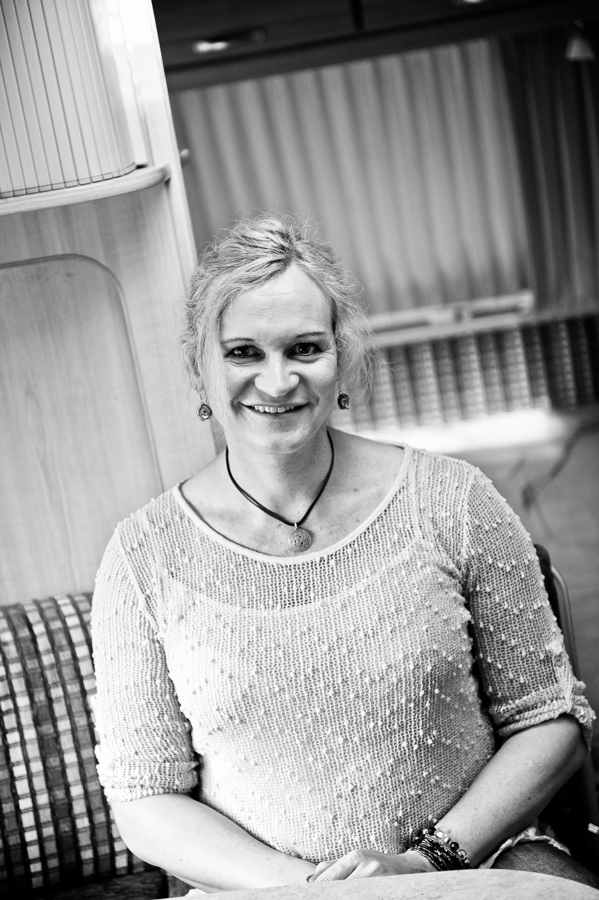 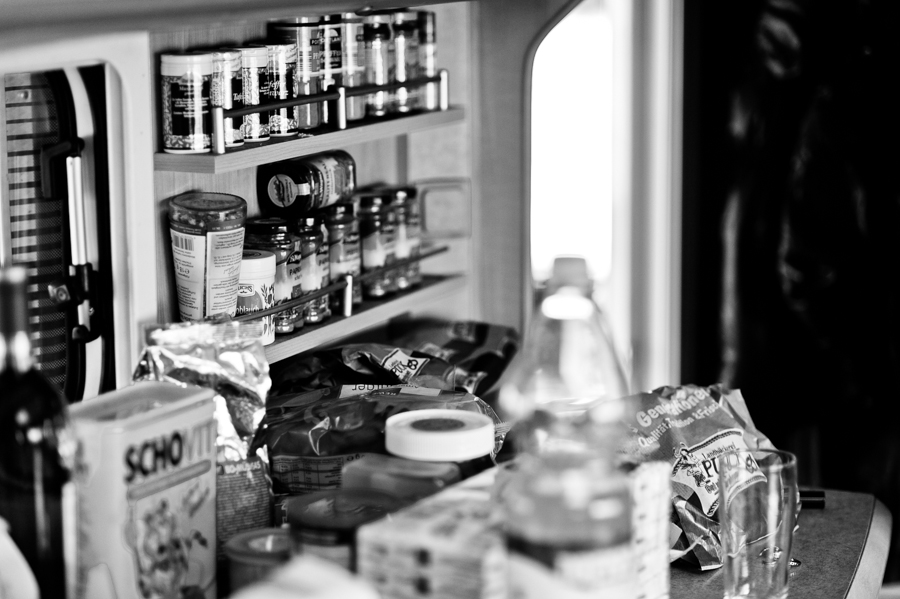 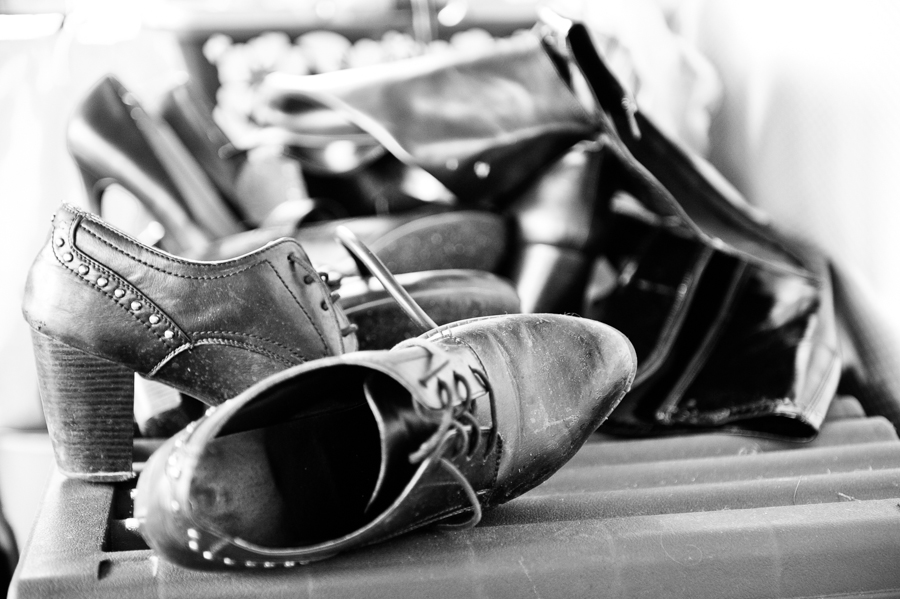 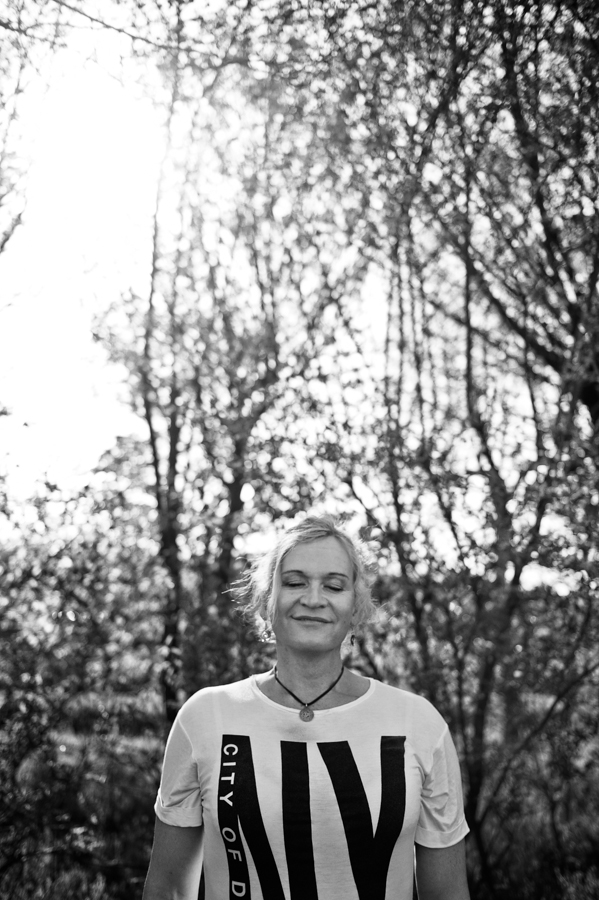 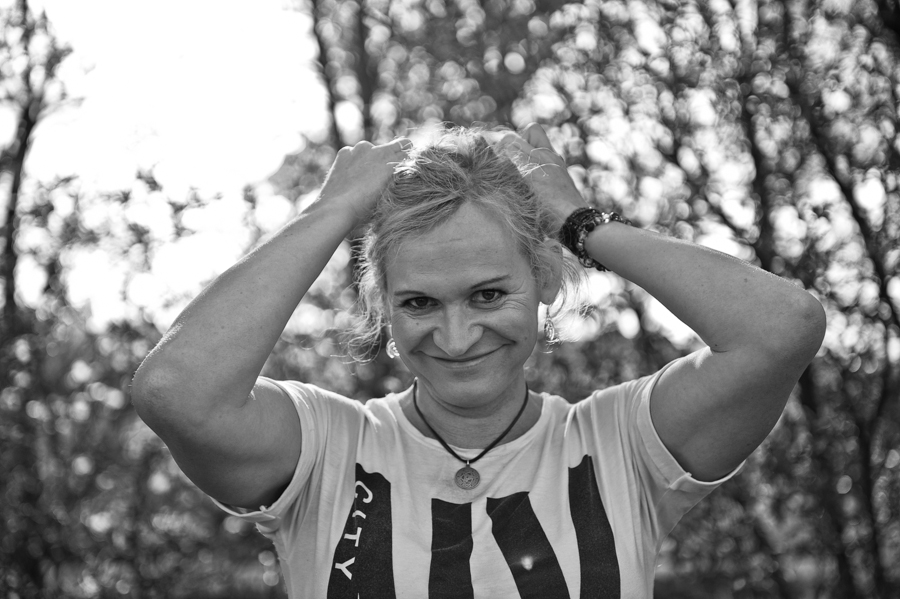 When a friend dressed her up as a woman four years ago, Michelle looked in the mirror and recognized herself! From that moment on, there was no turning back. ‘Before I had never heard the term ‘transgender’ at all. But it suddenly became clear that I was in the wrong body. Since I have known that, there is also a spiritual transformation going on in me. Before, I was extremely calm and introverted. Now I could chatter all day long. There is so much I have to tell. Now I am me! I have finally found myself. All my life I had been looking for something and I didn’t know what it was.’

‘I have always been a woman. You are a woman, you cannot become one. That is why it is also nonsense to ask me what I was before or whether I have already had surgery. I am simply I.’

It makes me very happy that I can write down such powerful sentences in our conversation. 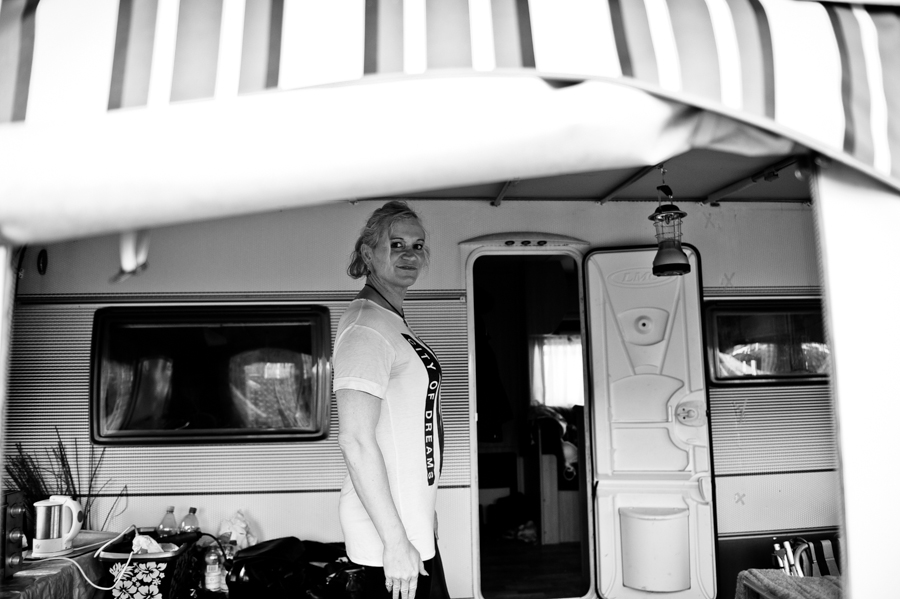 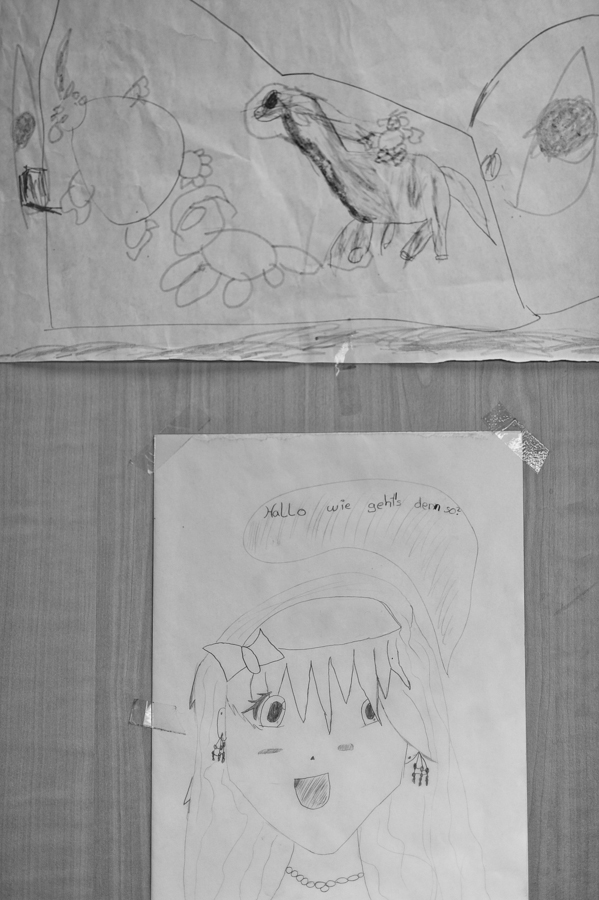 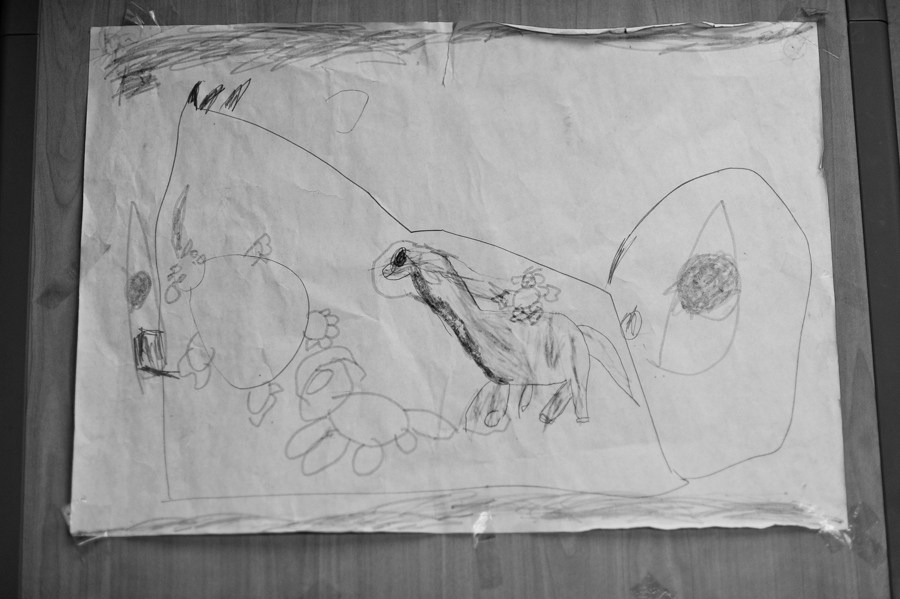 Michelle talks about her children and how they deal with the topic. Her older daughter lives with her, she gets on much better with her than before. ‘I can be there for her in a completely different way now – and we go shopping together.’ The two younger children are with her ex-wife; they visit Michelle regularly. ‘It’s harder for them because they’re both in the midst of puberty.’

Professionally nothing has changed for Michelle. She is still self-employed as an IT consultant. Her colleagues in the company she is currently working for have dealt well with the transition. They even quickly got used to using the right personal pronoun. No insults, no unpleasant questions. Is this openness rather unusual or the normal case?

‘It is not so easy for my parents; they don’t quite understand what is happening. And since my outing, my sister has been insisting that my niece calls me “uncle”. In the past, the “uncle” was never emphasized that way.’ To my question: ‘Is there a sentence, a situation that has hurt you particularly?’ Michelle can hardly think of anything, so much she seems to be at peace with herself. ‘My father once told me: “Go join the army, then you’ll at least become a real man,” but I didn’t find that really bad at that time, I didn’t even know what was going on with me.’

When I read the e-mails that have reached me since the start of our project and in which so many different life paths have been revealed to me, it dawned on me again how much strength transgender people need to go their own way. Michelle, who sits opposite me, seems to carry a lot of power within her. Where does she get it from?

At about the same time as her outing, Michelle started shamanism training. That energizes her. In situations where others from the trans forums lose their equilibrium, she manages to stay calm. With the beginning of hormone therapy, however, her strength was exhausted for some time. The depression sucked her completely empty. ‘I felt like neither gender at times. Really bad!’

Now the hormones are well adjusted, she has put her breast surgery behind her (‘out of pocket. If it had worked out according to the health insurance, I would have had to wait another two years. I couldn’t bear to wait that long.’) and Michelle feels strong again. Through shamanism, she now wants to give strength to other people. Generally, being there for other people has always been a topic in her life. ‘That is so typical. Very many transgender people take on honorary positions and care more for others than for themselves. Thus they are also running away from themselves.’

Shortly before I leave, I am allowed to photograph something very personal. ‘Can you bring something to our shooting that defines your life right now?’, I had asked Michelle on the phone before our meeting. ‘Ah, I already have something in mind!’ For Michelle, these are her high-energy stones and her woven carpet from her shamanism training. ‘The carpet and the stones will find you and will be part of you until the end of your life.’ 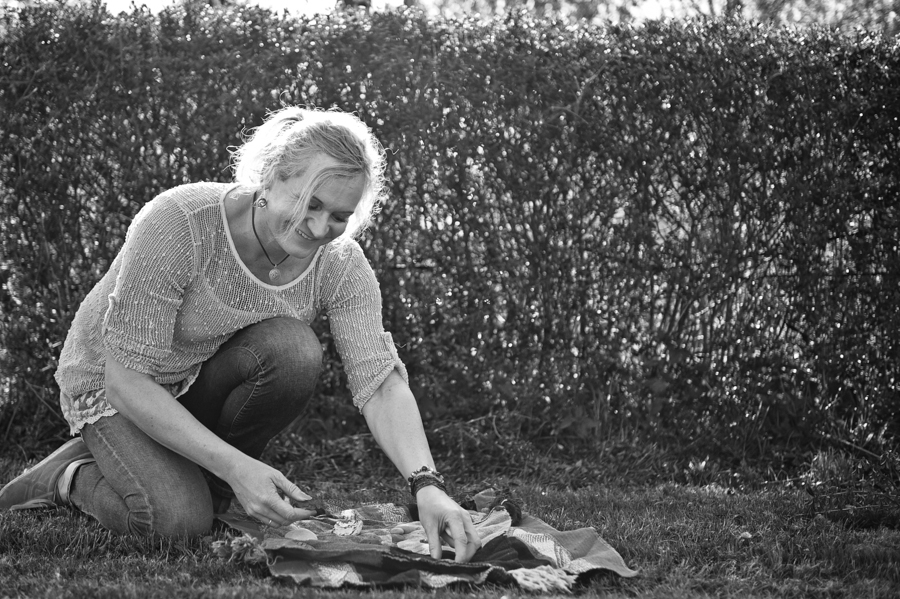 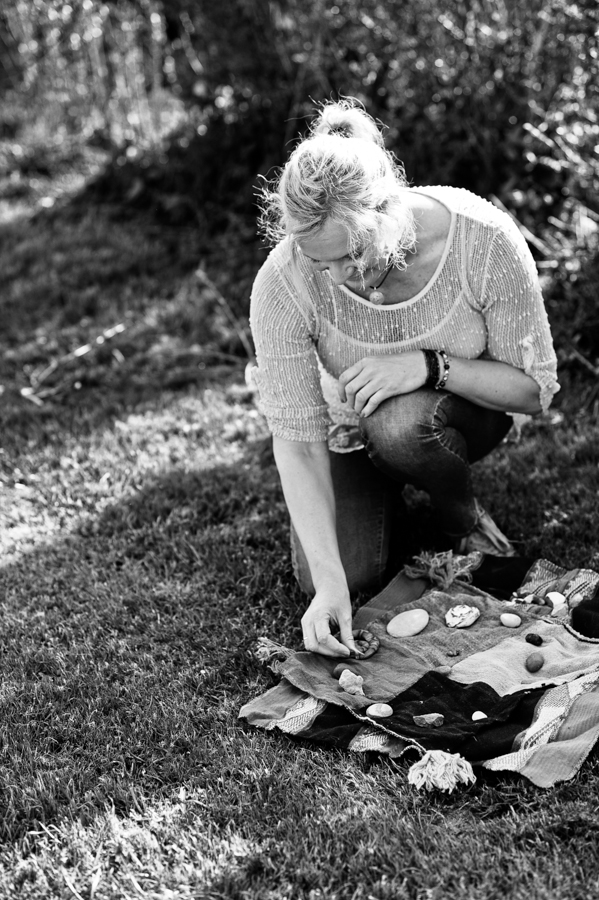 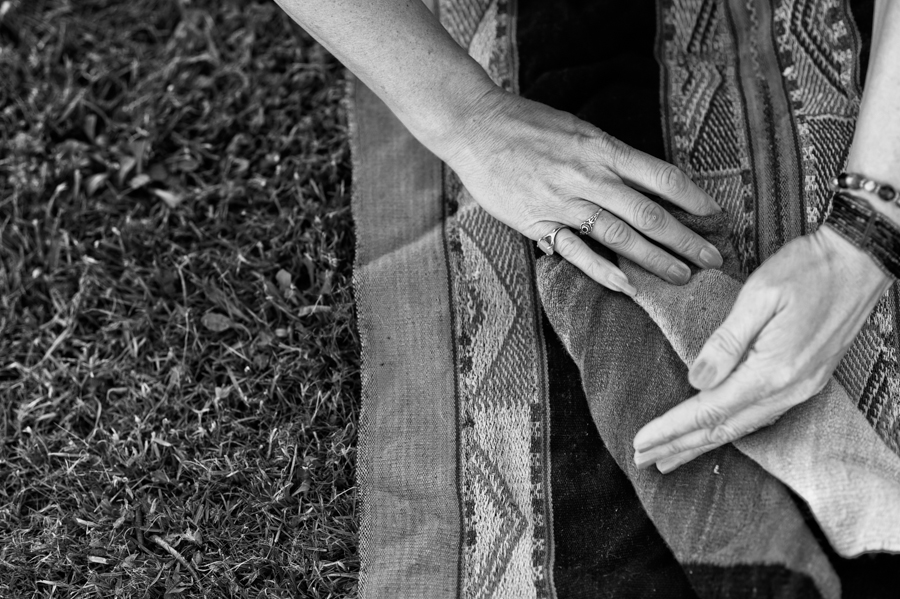 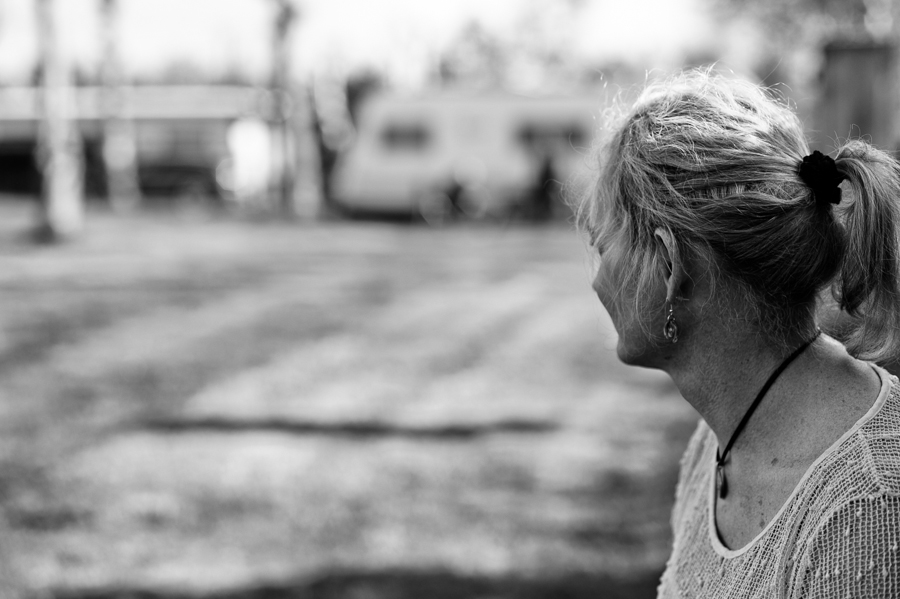 And it would also be great if you could bring along a document that is especially important to you. ‘That’s my debit card! The first time I could pay with it and sign my first name, Michelle, that was huge!’ And then Michelle talks about an even bigger moment: ‘When I wanted to pay with my old card, the cashier said that my husband would have to come with me if I wanted to use his card’. 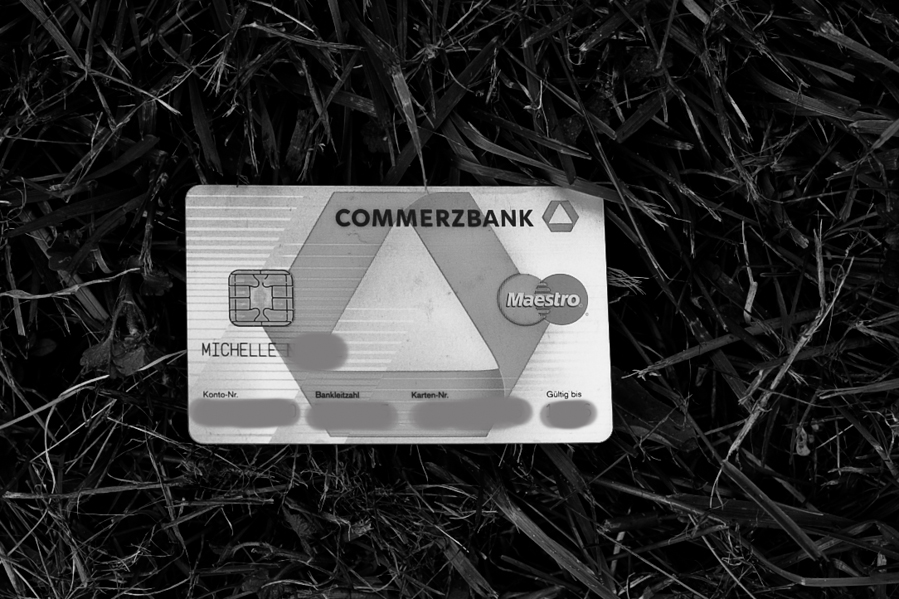 Thank you, Michelle, for letting me get to know you!