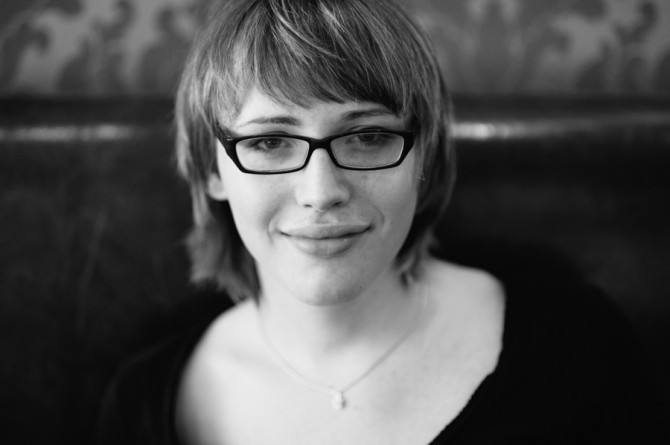 Marie went to the get her hair done yesterday, especially for our appointment.

‘It looked really great when I left there! At the hairdresser, you have this super hair-dryer. And then you come home to your 10 € hair-dryer and say, “hair, make an entrance!”; but no great entrance here!’

Marie is my daughter. What characterises our relationship? For example, that we can laugh a lot together, even about hair that doesn’t make an entrance. About smeared mascara, about shoes that are too small and handbags that are too big. Marie is my daughter and we can talk about many things. Today we talk about her history of gender identity. I may portray her for Max is Marie. 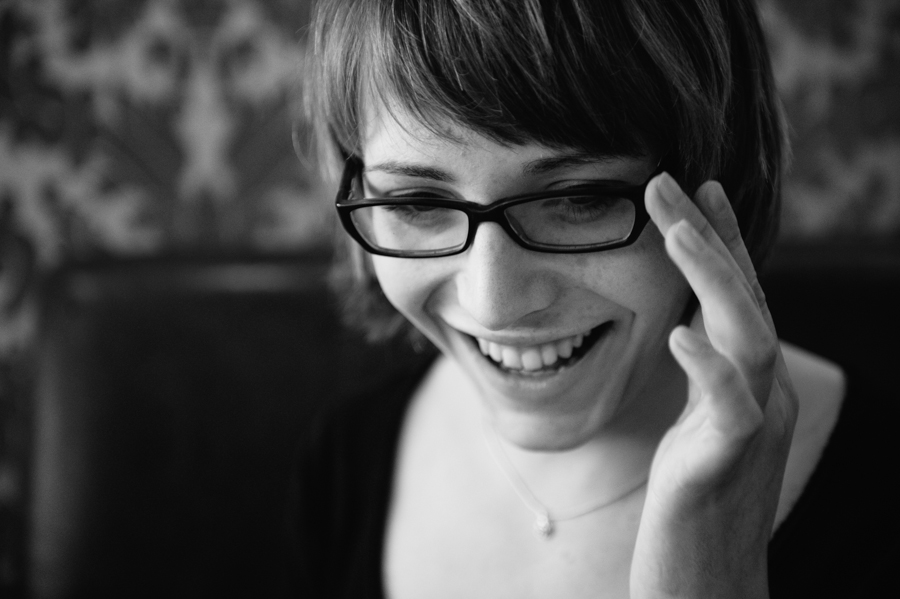 At the beginning of the project, I had reported little about her. Now the time has come to write about her, too.

We meet at a café in Hamburg. On ‘neutral ground’. To be able to pretend that it’s a normal interview. We’ll also talk about things that we’ve only dealt with on the side in everyday life so far. ‘It is what it is.’ No reason to go into depth.

Marie orders a Café Latte with soy milk. But they do not offer soy milk here. ‘Isn’t it incredible that there are still cafés where vegans don’t have the chance to drink a latte? I thought that word had spread by now.’

For three years now Marie has been on a vegan diet. ‘Now I have a very severe vitamin deficiency! Although I am already taking all the dietary supplements you should take as a vegan. The doctor has now also prescribed vitamin D bombs.’

Marie could fill whole pillboxes with the medication she has to take. She has been on hormone replacement therapy since November 2012. 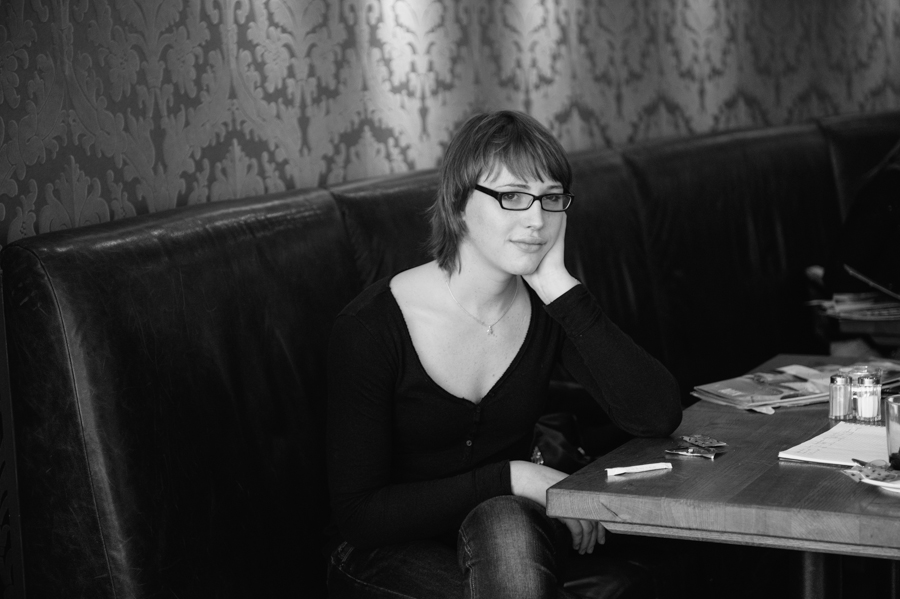 ‘After graduating from secondary school, I wanted to train as a make-up artist. The prerequisite was a hairdresser apprenticeship.’ Marie found a training place in a beautiful salon close to home. ‘In the final years at school, I had begun to dress more female. I stood on stage in high-heeled shoes when I was awarded my school-leaving certificate. After that, my need to no longer go out in public as a man became ever greater.’
In her first apprenticing company, nobody had any appreciation for Marie’s ‘disguises’. Out of consideration for her customers, she was forbidden to appear as a woman. She looked for a new salon.

‘Here everything was superficially funkier. The clientele was more tolerant. But most of my colleagues rejected who I was.’
Marie was bullied. During this time she often came home very sad in the evenings. The sadness grew into depression. She did not let on how badly she was actually feeling. Not to me, either.

It was her family doctor who recommended she talk to a therapist. ‘Suddenly I had a diagnosis: transsexuality. All at once, with this diagnosis right in front of me, I had to really deal with the topic. I could no longer push anything aside and pretend that nothing was wrong. I didn’t want to talk to anyone about it. Not even with my boyfriend at the time. I didn’t yet know myself where I was headed and therefore didn’t want to burden others.’

How much strength must a person have to deal with this on his or her own? 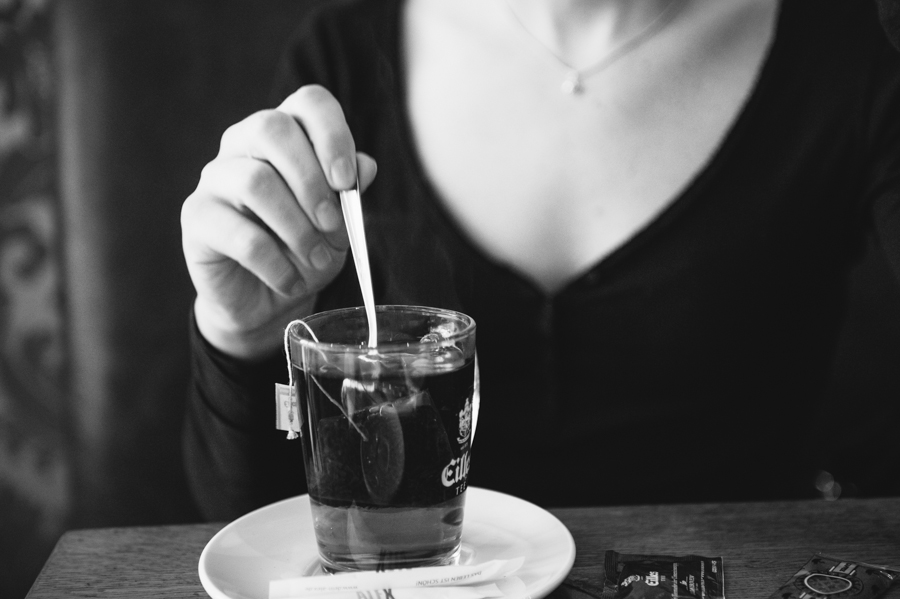 In April 2012 Marie found treatment in the forensic psychiatric ward of the university hospital. She began to see more clearly. And applied for hormone therapy, which was approved a few months later.

‘Would I have taken this step if I had known how severe the depression would be? I don’t know. In desperate times it seems to me that I only have the choice between hell and hell’.

During this time Marie sometimes went to gay bars in the evenings. She became friends with Zaine, an internationally booked drag queen. ‘Drag is a real art form. Very few people see that.’ Zaine was Australian. ‘He often told me that it is quite normal for a man to go out on the street as a woman. Nobody frowns upon this.’ Marie experiences little tolerance in her everyday life in Hamburg.

In autumn 2012 Marie spent some time with a friend in Amsterdam. ‘After that, I wanted to live there! The people on the street just go right ahead and smile at you. I really miss that here in Hamburg!’

Marie found a gay bookstore in Amsterdam, when she was in fact looking for a travel guide. ‘The bookseller misunderstood me and gave me a book by Kate Bernstein, a trans-woman. “My gender workbook”. That was MY book. It opened my eyes in many ways. Also, about how gender works.’ 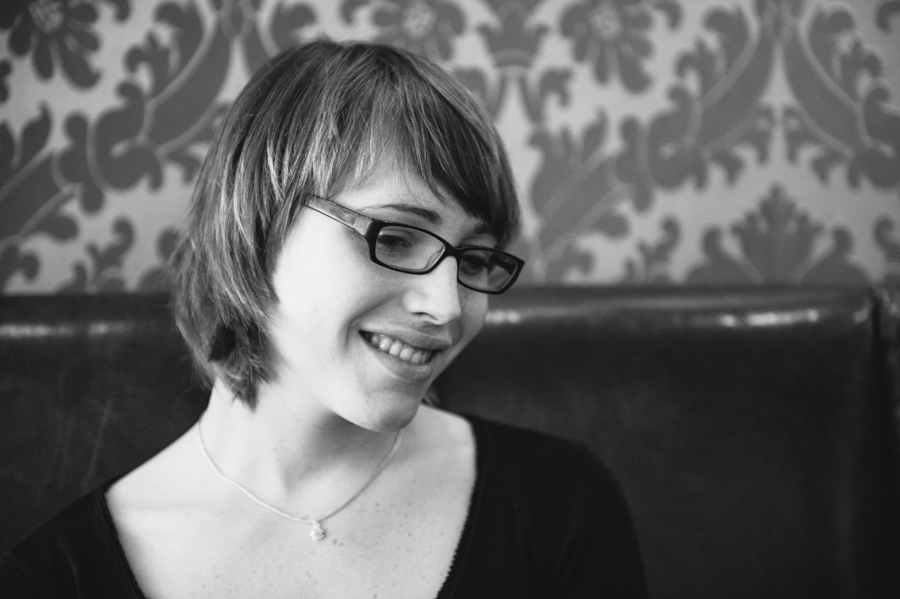 Marie recalls how she was recently in a department store in the toy section. ‘There was a girl sitting on a small hoover that she really wanted. She didn’t go to the workbench right next to it. Why not the workbench? It’s really fascinating to ponder such questions.’

I remember that when Marie was little, she wished for a Barbie for Christmas and got one. A few days after Christmas, the Barbie doll’s hair was cut. She didn’t look as pretty any more. Was that male behaviour or female? 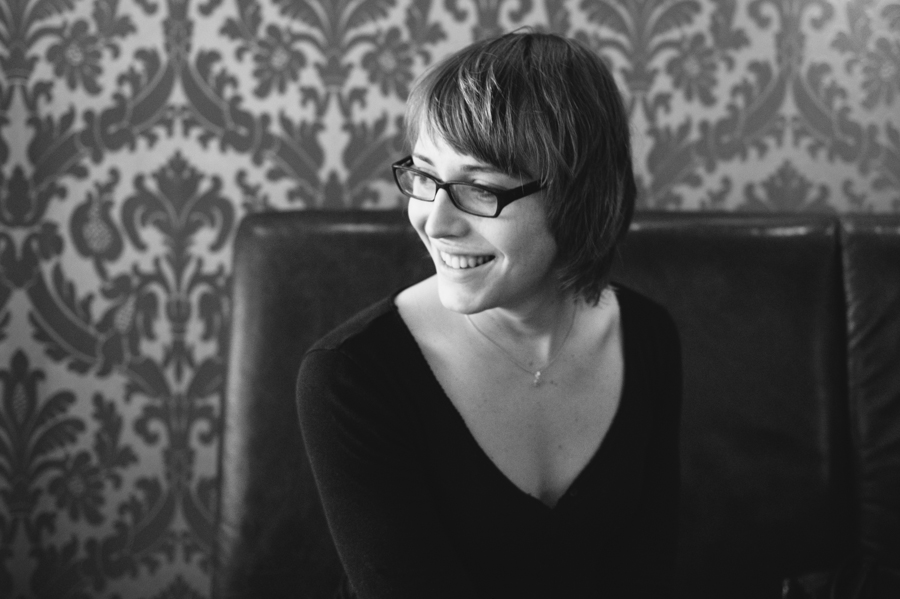 ‘You can’t run away from your gender,’ Marie says now. ‘For others, you have to play a role, otherwise, they can’t classify you.’ For Marie, it is clear that the female role works better for her. That’s why she takes hormones. ‘In another world that might not be necessary at all. I could feel like a woman without maltreating my body.’

A man is sitting at the table behind us. ‘Turn around,’ she says, ‘he is really good looking.’

‘I don’t know, he is not my type.’ Marie laughs. ‘I can tell from the type of man I am checking out what my hormone level is like right now. It is humiliating how we are exposed to hormones!’

Marie had started to study sociology and psychology after she had ended her hairdressing apprenticeship. But hormone therapy and studying at the same time doesn’t work. Now she has taken a semester off. ‘There are just too many topics in my head at once. I can’t concentrate at all.’

We have to go, Marie still has to work today. She works for a market research institute.

‘We recently had a study in which I interviewed farmers from the Mannheim area. When we were still living in Heidelberg, I couldn’t bear the dialect at all. Since we’ve been in Hamburg, I even find it cute.’

We stroll along the Jungfernstieg through a wintry Hamburg towards the car. 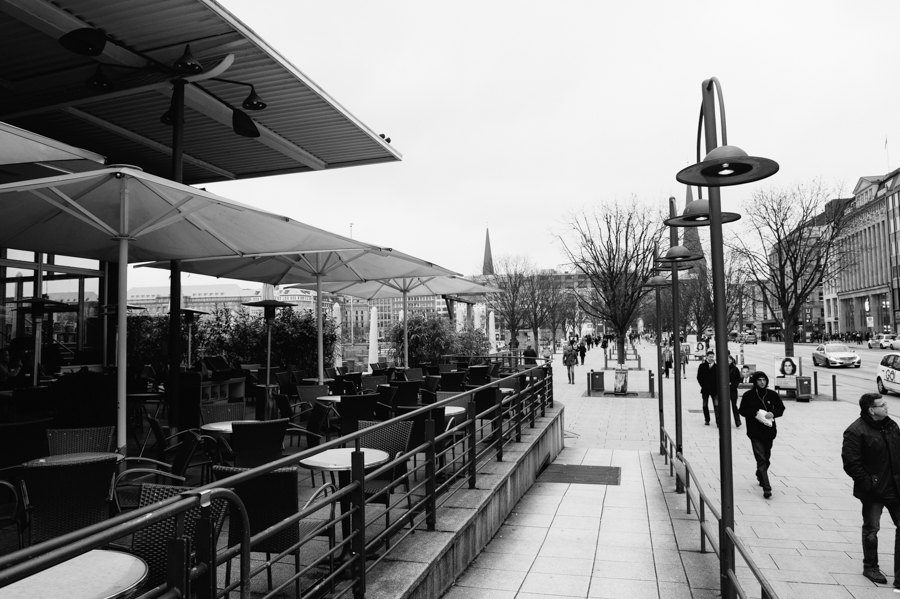 Marie is looking for something in her handbag. ‘I like big bags! But you do lose a lot of lifetime with them.’ I can relate. Here is another mother-daughter topic. 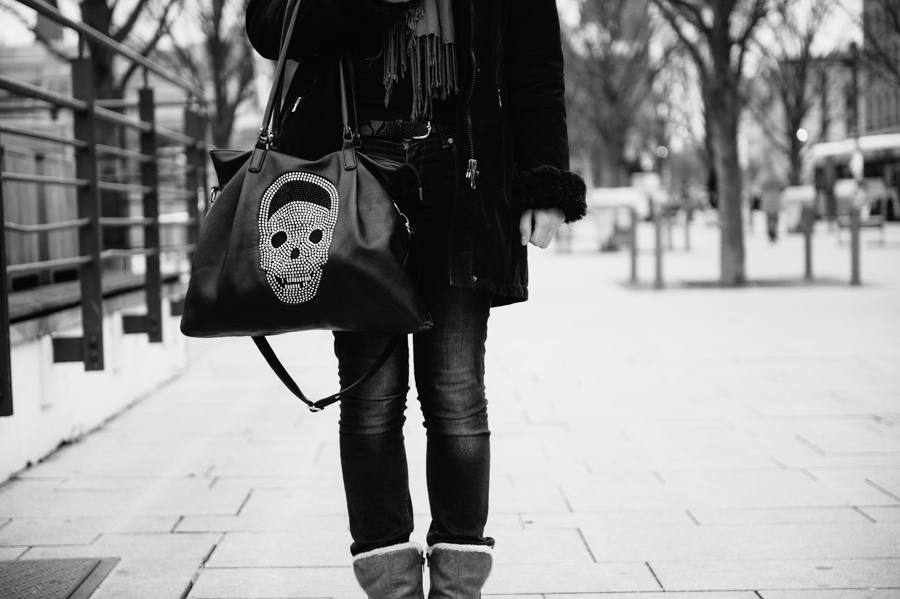 It’s strange: I know Marie typing on her mobile phone. Now she is walking next to me and we are talking without distraction. ‘On Facebook, I have logged off for the time being. And – very important! – I am still alive. Now I finally have time to read! I have finished The Physician (Noah Gorden). Now I am starting Shaman.’

In the groups of transgender people, in which she was on Facebook, Marie had the feeling not to be allowed to say how she is actually doing: ‘You can’t seem sick there.’
However, there are plenty of reasons to be allowed to feel weak: ‘Transgender people have to fight so much! I think today we have arrived at the same level of rights as gays and lesbians were in the nineties. Not even at Christopher Street Days transgender and intersexual people are properly represented.’

The legal situation is even worse. The transsexual law passed in the early 80’s has been declared unconstitutional in many parts. ‘We are in a grey area. For years there have been reminders that a new law has to be passed. The topic is regularly added to the agenda. And so far back that there is never time to discuss it.’ When is something finally going to happen? 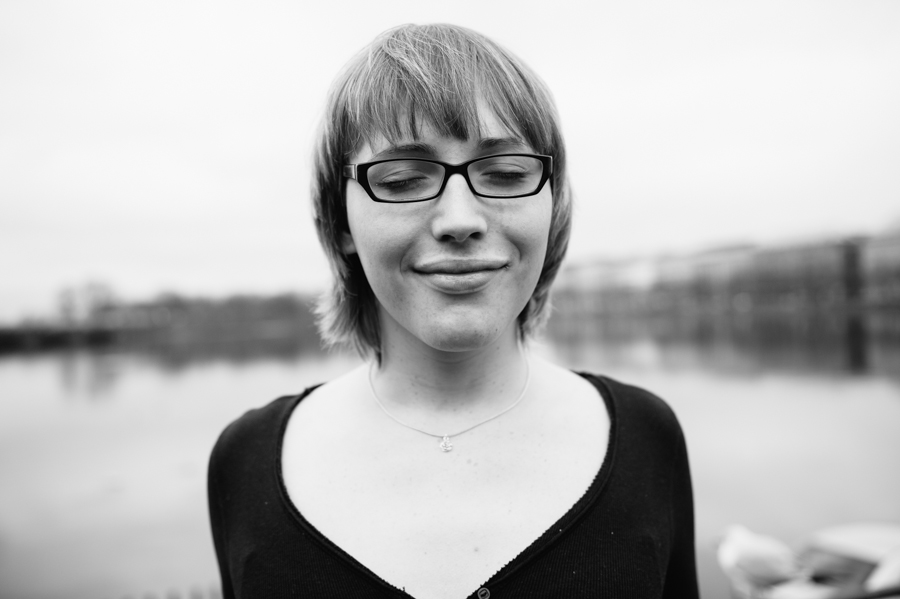 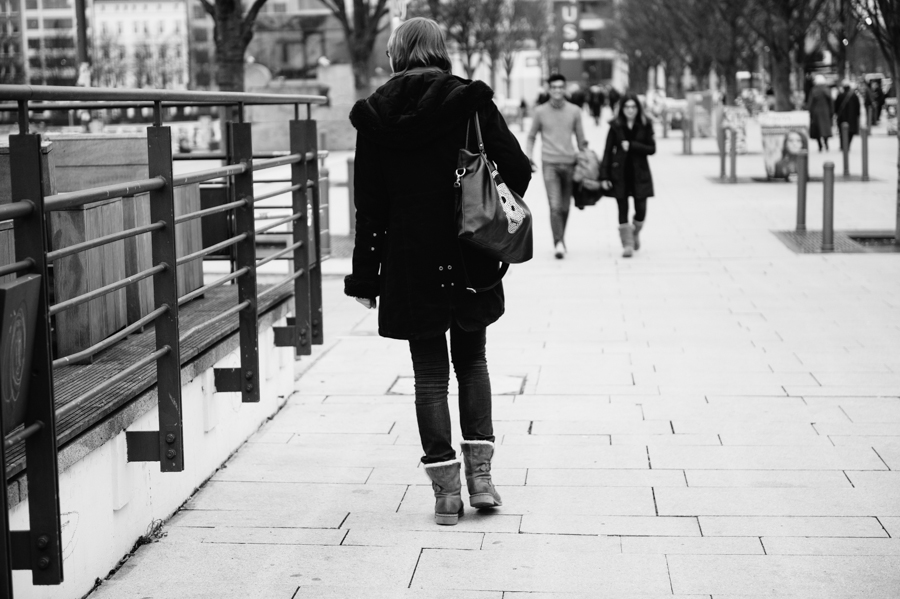 What is your biggest wish, Marie?
‘To be healthy! I am not sure about how to exactly define health for myself? But I wish I didn’t have to deal with my body all the time.’ 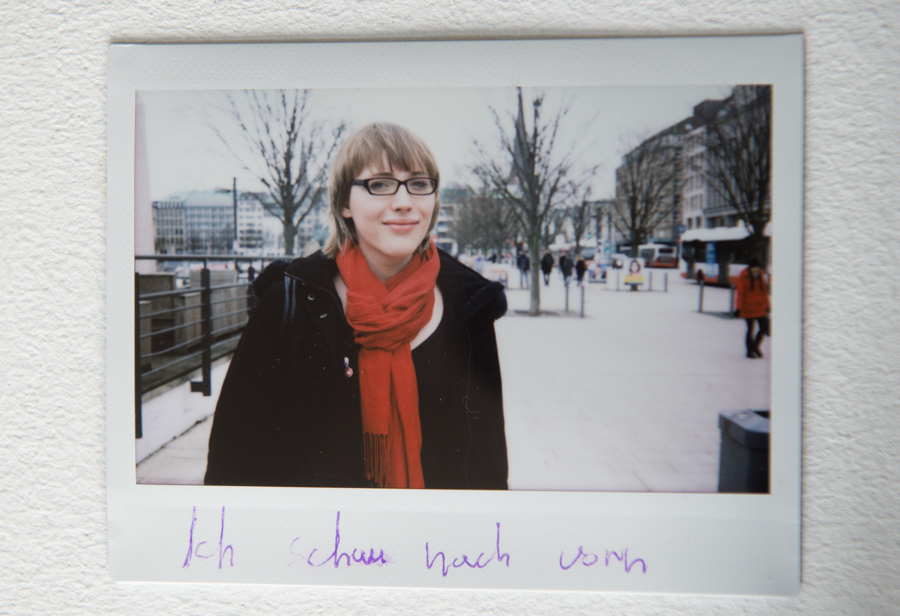 Marie – ‘I am looking ahead‘